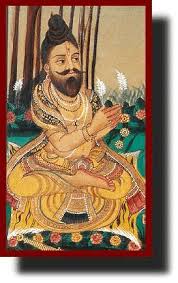 Hope you are enjoying your stay in Singapore.

I am writing this, to share my thoughts and also to know whether my understanding on some of your works are in the right direction.

Some time back, I read you short story நீரும்நெருப்பும் in வெண் கடல், at that time I saw the story just as a metaphor for Gandhi's choice between Violence and Non-Violence as a weapon for the Independence struggle.

But when I while reading சொல்வளர்க்காடு, the same நீரும்நெருப்பும்  took a different meaning for me, it's the reasoning behind the choice Gandhi had taken.  He had to consider what the country needed for the present and future and balance it with the political & economic situation in that era (ethnic, poverty issues etc). ie balancing the contradictory directions. I find the same parallel in what Dharman had to consider in சொல்வளர்க்காடு.

Years back I read a tome of a book - Team of Rivals: The Political Genius of Abraham Lincoln by Doris Goodwin. I read the book from a Management perspective, looking at how Lincoln harnessed the skills of his political opponents as a team. But while reading the book I had the frustrating thought that Lincoln was indecisive, took long time in making decisions, always trying for a compromise, but in few instances dragged on an issue for few principles. He was full of contradictions.

A frustrating question lingered in my mind throughout the book "Why was such a man called a Great Leader" or  "Was he just happened to be in the right place at the right time". It didn't fit into the model I had for a leader.  It took me few years to understand all the above was what made him a great "Leader".

I am finding the same shades in சொல்வளர்க்காடு. For Dharman, he is in a midst of contradictory directions -  his own aspirations, the responsibilities on him as a husband, brother, son, warrior or even as a king, the political situation, the ideal way what he has been taught and he has to manage that, with the what he stands for, what he sees as the future - not just for his brothers and kingdom but also for the future of the family members of the warriors they are going to vanquish.

For me, till now, the entire book is making of Dharman from a king to a Leader. He has to not just create a new path for himself but also for all his followers for the future. In a way create a whole new brave world.

Is my understanding right ? Or have I jumped the gun in thinking too much.