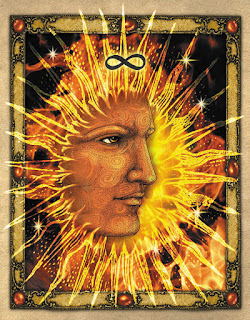 Few years ago I saw one of the Shakespeare's play Coriolanus in the London Globe Theater and was so impressed by the way they have re-created the original thatched hut look with modern facilities. The casualness mixed with literary prowess by the actors made me to applaud.  Your description of the stage in Veyyon is so realistic that I felt as one of the audience in Indraprastha!

The stage drama describing the origin of boon, migration, expansion,  and vengeance narrated by the "Arangu Solli" is your another best writing with humor, audacity, satire, stage decoration and description.  A master piece within a master piece!

Interspersed with philosophical musings, thru "Arangu Solli" you have branched out your writing like a banyan tree. The family tree of the Nagas is mind blowing.  The one I like the most is when "Arangu Solli" leaves the stage by saying that he is going to his small comfortable nest surrounded by a bigger nest the earth itself! (chapter 69).
He also wonders how the birds create nests without fearing the elements of nature!
Then, inadvertently you have also provided an answer in your another article "Ammai" where you have beautifully said "it is their World, what will a crow think about us walking while it flies"!

Thank you.
sobhana Iyengar
Posted by ஜெயமோகன் at Thursday, March 03, 2016